Submitted by Loice A Swisher, MD

As emergency physicians, we see those who are depressed and contemplating suicide.   We comfort the families of those who completed suicide.   It is part of our work.   However, in January 2016 suicide struck closer to us when Chris Doty posted to the CORD listserv that one of his resident chose to die.  He called on us to acknowledge suicide’s existence—stating “we must speak its name, we must learn about it and talk about it” 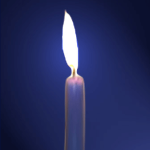 Remembrance Vigil for residents and colleagues lost to suicide and violence.  The shared stories in Mockingbird 4, the memorial location, were impactful- both painful and healing.   A beginning to shine a light on the darkness.

Learn more about Take 5 to Save Lives at http://www.take5tosavelives.org/

Suicide is preventable.  It might just begin with asking, “Are you OK?”